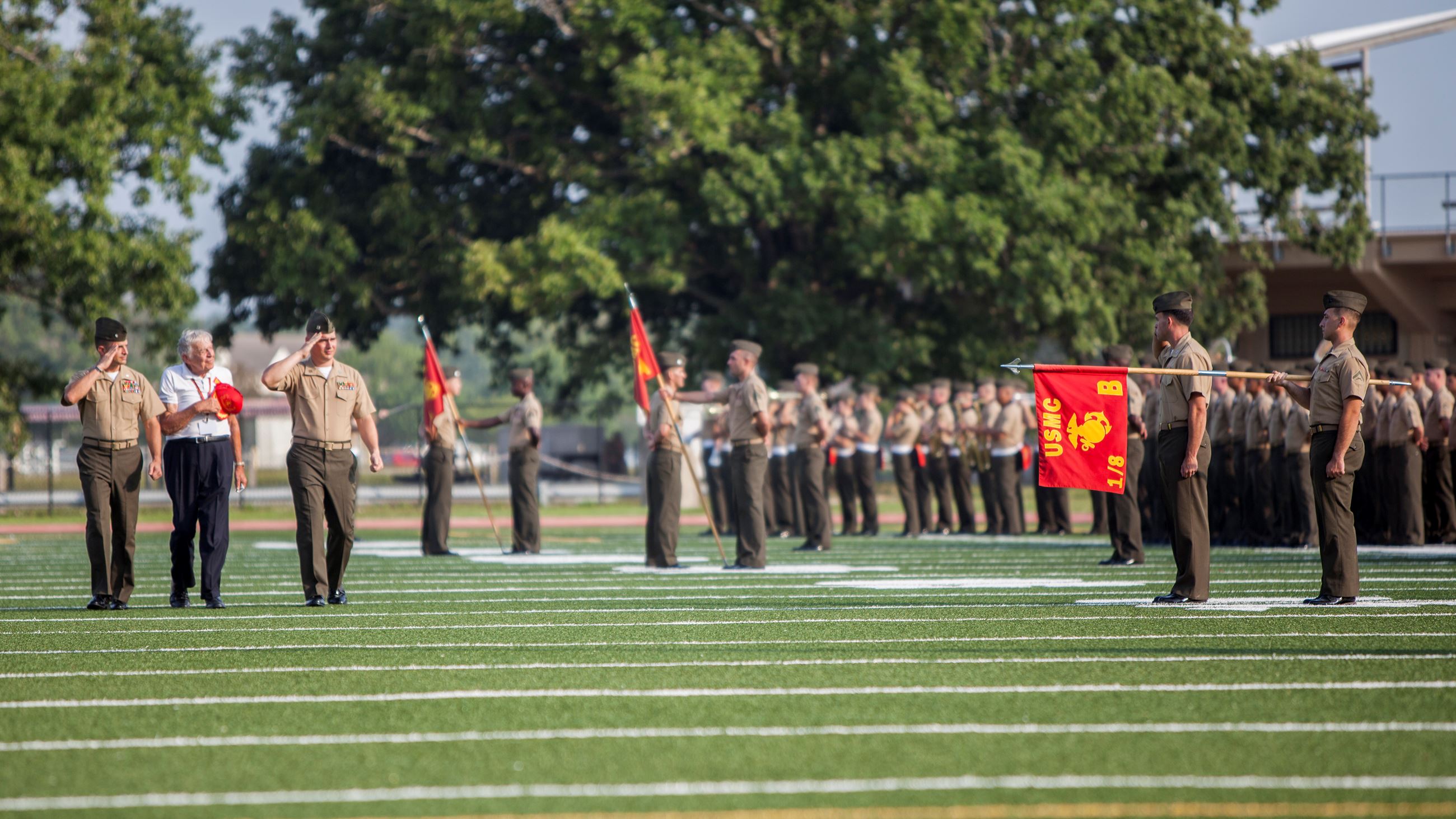 Military heritage runs deep in our hearts and is shown throughout our memorials and other must see sites. Located in the heart of Jacksonville you will find the Freedom Fountain, Lejeune Memorial Gardens, the Beirut Memorial, the Onslow Vietnam Veterans Memorial, the 9/11 Memorial Beam and the Montford Point Marine Museum. Check out these sites during your visit to Jacksonville, and join us as we honor our heroes.

For your convenience, download and print this guide to Lejeune Memorial Gardens.

Built with community donations from the City and County, the Freedom Fountain stands at the gateway to downtown Jacksonville and honors those who have passed through Onslow County while in service to our country. The design features a disappearing edge fountain basin framed by a curved wall with arches and large medallions representing the 5 armed services. Flags and fountain jets representing federal, state, and local governments are featured as well as water jets to represent each of the 50 states. Five flag poles were added in 2015 and proudly fly the flags of all branches of the military. The Freedom Fountain is located at 895 New Bridge Street.

In spring of 2015, a ground breaking ceremony was held for the Museum of the Marine. Currently, at what will be part of the entryway for the museum, sits a large Eagle, Globe, and Anchor statue over a reflective pond.

The 9/11 Memorial features a beam from the Twin Towers, presented by the police and firefighters of New York to the first troops to invade Iraq following the Tuesday, September 11, 2001 terrorist attacks. The Beam is located between the Beirut Memorial and the entry wall to the Vietnam Veterans Memorial. Each year, the Patriot Day Observance takes place at the beam at 8:15AM to mark the time that the first of the Twin Towers was struck. This observance is open to the public.

The Beirut Memorial was a gift from the citizens of Onslow County. It serves as a solemn tribute to 273 Marines who gave the last full measure of devotion in Lebanon and Grenada on October 23, 1983. The names of each man are engraved in granite along with the words “They Came In Peace.” Set in a wooded site with beautiful landscaping, this is a fitting tribute to our military men and women who answer the call everyday without regard to personal safety. Each year, a Remembrance Observance takes place on October 23 at the Beirut Memorial to remember those who gave the greatest sacrifice for their country.